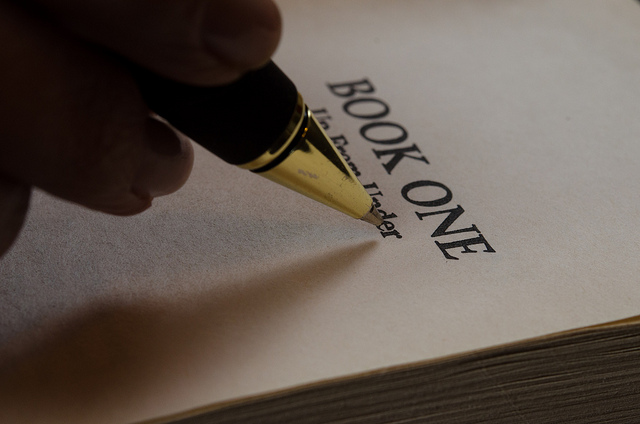 For as long as I can remember, I’ve had a love affair with books and with words. I could disappear into a plotline and the rest of the world would fall away. Whether it was a Trixie Beldon Mystery or The Diary of Anne Frank, my entire imagination would be consumed with the recreation of events in visual form inside my mind’s eye. That’s where the magic happened.

As I grew, I took an interest in telling my own stories. I still have fictional weavings I worked so hard to write out by hand in grade school. Expressing ideas with words was something that just seemed to come naturally to me. It was when I was introduced to poetry proper that I was really blown away by how words could be used like art. Words are capable of painting extremely detailed masterpieces. The delicate psyche of the writer is laid open for the reader to experience just as the painter’s internal landscape finds the canvas.

Poetry became an ally of mine during my teenage and young adult years. Oddly, I kept it hidden away from others. I felt brutally violated if I learned someone had been into my writing.( I guess I still feel that way now.) As a young person, my writing habits were perfect for my quiet and reflective nature. It became a way of getting all my thoughts out of my head and in front of me where I could see them for what they really were. It was reassuring to me and I believe it kept me healthy emotionally.

Once I went away to college, the Bohemian writing image was what I lived for and I was positively brash with my bold imagery and sometimes highly personal subject matter choices. In retrospect, I must have sold it because I lead the way for the other writers in the English department with my unabashed expression. I’m not sure how many years later it was that I had a sudden horrifying awakening that I had made a complete ass of myself. Well, maybe I exaggerate, but I lacked the wisdom to be haughty. And shock value only goes so far. I learned an important lesson: Introverts should not try to pretend they are extroverted. There’s a more subtle way to share the self in writing. The subject matter doesn’t have to be daring or brazen. It just needs to be true and somehow relevant to being alive in the world.

The writing introverts of the world have spent their lifetimes gathering images, descriptions, bits of conversations, or the way a certain song was on the radio on the drive to a friend’s funeral. I began describing them to others as “crystal moments” when I was still in high school. These moments are not usually big ones in a traditional sense and there’s always been a “universal chord” that my soul recognizes as important. Even as a child, I had the awareness to know, “I am going to remember this precise second for the rest of my life. The way the metal grate of the floor register got hot on my bare feet as I squatted in my blue flannel gown. The gown formed a heated dome around me. It was snowing outside. I had a portable turntable/radio that sat on my blonde dresser. “Blinded by the Light” was on the radio. I didn’t know what it meant. I still don’t know what it means! But I remember my tender 12 year old sensibilities responded to that “universal chord”. I’ve never been able to listen to that song without being transported to that singular moment in time.

As the writing introvert becomes an adult and begins to have the really big losses, the disappointments, the guilt that life throws on everyone, the process becomes more difficult. The mine becomes deserted. Perhaps it is a true sign of introversion to be incapable of putting certain things out in front for evaluation and creative inspiration. I can not write about the friends I have lost. I can not write about my sister now that she is gone. Some things we have to keep submerged in order to protect ourselves. What dwells on the inside remains controlled.

Introverts are receptacles for human experience. They are the gatherers who hang back enough to get a different perspective on the action that is life. They remember moments with clarity and precision because gathering descriptions is the introverted writer’s strength. Others often mistake introverts as shy or mysterious, but we’re constantly in the process of assimilating what is happening around us and bringing it into ourselves. These impressions and images form the stories we later create. We mine our personal truths for the sake of art.

Victoria Jane Bennett is a freelance writer and is very active in local theater in Illinois. She holds a Creative Writing degree from Eastern Illinois University.